Getting from here to your Second Plot Point is one of the toughest parts of writing.

The “luxury” of too much fuel is actually a problem

Get it right, and your readers will worship the water you walk on. Write a sentence to explain what goes wrong to throw your hero into the pit of despair which is the All is Lost moment. Tomorrow, the Second Plot Point. Midway through the Attack comes the Second Pinch Point , where we share another glimpse into the evil of our antagonist.

Just like during Response as our hero was flailing and failing, reveal another vivid first-hand look at what our hero is up against. As before, simple and direct is best. Tomorrow, 9: the All is Lost Moment. Based on the new information introduced at the Midpoint , the hero shifts from wanderer, reacting uselessly, to warrior, attacking the problem head on. The magnitude of this shift reminds us how significant the Midpoint is.

A weak Midpoint makes the Attack less believable. If your novel were a play, the Setup would be Act I. Act II would be split in two: Response and Attack. In Response we saw the hero flail and fail. If you enjoy reading Someday Box here's a way you can do something small but powerful—contribute to my tea fund. No tea means less writing. We don't want that. Every television drama or comedy, every movie, every novel, every memoir has some version of these 12 waypoints: It begins with a hook to get you interested, then spends time in some setup to invest you in the protagonist whose world turns upside down in an important first plot point and so the hero spends time flailing and failing in response during which we see the antagonist, raw and threatening, in a first pinch point.

At the midpoint our hero learns or gains something and stops failing and starts gaining ground in their attack on the challenge.

Each act needs these five parts: Inciting Incident Complication Crisis Climax Resolution Once I realized the value of having all this information figured out up front, I started filling in a Story Grid spreadsheet see below first, then going back to write my 12 sentences to describe the 12 waypoints above. Answer: Either. Or Is It Both? The Rest of the Story Subplots, logical deduction, and discoveries along the way fill in the rest of my scene list. 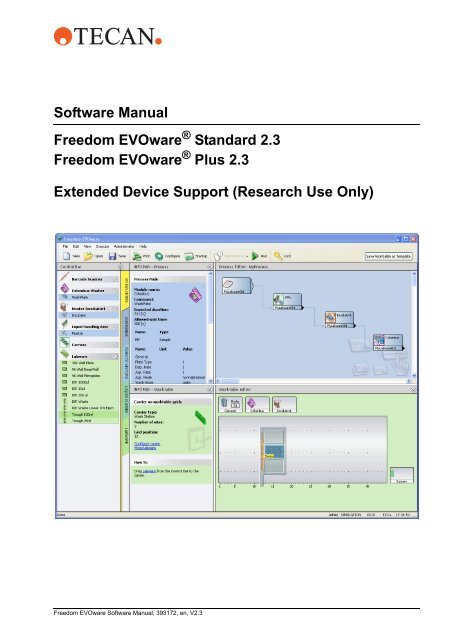 What about you? Has this made sense? Is that not the case?

Practical things like this use a mid-size microcontroller with a free serial port to interface the GPS. Hobbyist drones must remain within the line-of-sight of the operator and below ft AGL. And, seriously, unlike many government regulations, there are very good reasons for these rules namely, the manned aircraft above that level, so please follow them. Of course, if all of your waypoints are within your line-of-sight and under AGL, then you're good to go.

For simplicity, let's assume a vehicle moving in 3 dimensions, that means a total of 6 DoF: 3 coordinates in space to know the position 3 angles or similar to know the attitude The simplest way to meet these requirements are accelerometers for the XYZ coordinates and gyroscopes for the angles, and these are often packaged together into an IMU.

For a realistic barebones project like you described you will need: 3 accelerometers in an IMU 3 gyroscopes in an IMU 3 magnetometers usually come with the IMU and help keep the previous 2 in line GPS can be bundled with the IMU and you specifically wanted it Further data sources are desirable but greatly complicate the FCS architecture, since you need to properly weight the data, after all, you don't want the aircraft to trust the magnetometer more than the gyros and show you a little trick it learned when passing near a magnetic anomaly.

AEhere AEhere 6, 1 1 gold badge 23 23 silver badges 60 60 bronze badges. It just needs to be "observable". It's sufficient to have as many sensors as there are unstable modes of the dynamical system, provided those sensors give adequately orthogonal observations. See my answer. Can you provide an example of this working in real life? Which have a single engine and prop so torque is not a non-issue, but it still works. Eliminate the requirement for the initial steep climb, and it seems trivial to use info from a GPS to fly to a waypoint.

The timescale at which you need to apply course or altitude correction is within the capabilities of a GPS that is maintaining view of a reasonable number of satellites. That said, a glider is not really the right platform, those are designed for efficiency not stability and so take more active piloting to maintain a course. Think abstracted Cessna, Piper or Champ with extra dihedral. These aren't planes that depart from stable flight - most trainers won't even really spin intentionally and most of the "2nd year" configurations will recover with neutralized controls.

Waypoint 1: Getting Your Financial House in Order | Beacon Wealth

The rest will take care of itself. Camille Goudeseune Camille Goudeseune 1, 5 5 silver badges 19 19 bronze badges. Or why do you care if the wings are level so long as you are going the right way? I suspect they had a gyro because they didn't have a compass and so needed to use slowly developing GPS heading information for their steering correction. Really I think you could use either roll rate or yaw rate or canted to sense both as per turn "coordinator" but it might be hard to do entirely without, unless you had more dihedral.

In my tests the gyro axis was canted as per turn "coordinator". There are two reasons for this, Sensor inaccuracy. Measuring attitude is hard. A gyroscope will inevitably drift over time, and as such, you will need some other sensors to correct for this. You ideally want to travel in a straight line to the target, not swaying left and right in lazy semicircles while bobbing up and down a phugoid, praying to a suitable deity that the trim- and power settings leave enough margin to go over that mountain on a hot day.

I'll change the answer accordingly. Can the spiral mode be stabilized to a sufficient degree that we can safely eschew it from our sensor needs? Or would a stable spiral mode simply be like roll subsidience, in that roll rates tend to die but the absolute roll remains?

Freedom from the Prison of Your Habits #2: Identifying Habits

If you are focused on getting out of debt, do you really need an estate plan? The short answer is Yes. At this point, your estate plan will include a basic will, along with a power of attorney should you become unable to make financial decisions for yourself and a healthcare power of attorney if you become incapacitated and unable to make medical decisions for yourself. If something unexpected happens, the greatest gift you can give your family is a well thought-out plan.

As you progress through these steps, I pray you are experiencing hope for the future and a sense of accomplishment about all you accomplished so far! Consistent Tithing Growing up in my family, money was a taboo subject. Obtain Adequate Insurance Protection Insurance is something we all know we need. Do not delay getting adequate term life, medical, home and auto insurance! First Name required. Last Name required.